This is the seventh and final post focused on key learnings from Putting the Local into Global Heritage: Balancing conservation, development, tourism, and community interests at the sites of the world’s National Trusts, an INTO study supported by a grant from American Express. We will continue to explore this theme at the 2022 INTO Dundee meeting on October 4-6, where American Express is a conference sponsor.

Fifteen months ago, INTO was wrapping up a study of the ways in which National Trusts and other heritage conservation organisations around the world were engaging with their local communities.

Undertaken in the midst of a worldwide pandemic, the timing was inauspicious at best. NGOs were reducing their staff and restricting work as funds dried up and visitation to their sites came to a standstill. Nonetheless, there were a number of organisations ― including the five involved as case study sites in our report ― where innovative outreach had begun and was continuing in these most difficult of circumstances.

These six posts gave us a chance to delve deeper into some of the key learnings.

Putting the Local into Global

Key learnings at a glance 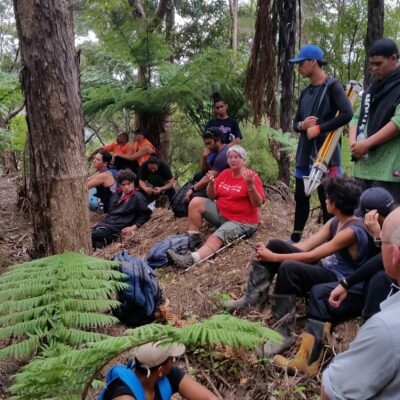 We began our survey with an August 9, 2021 post that considered the work by Heritage New Zealand Pouhere Taonga to save and conserve indigenous sites. 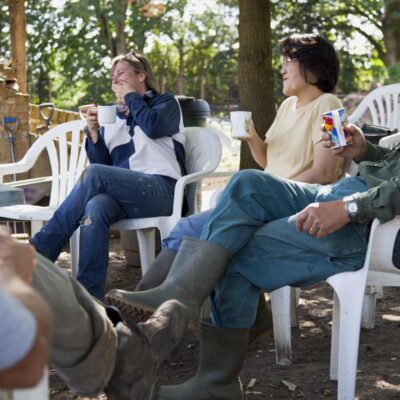 The second post in our series was an August 25th conversation with Cillian Murphy around community engagement. 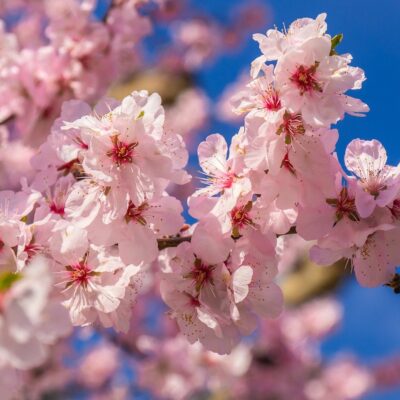 Social media was the focus of the third blog in the series, posted on October 22nd. 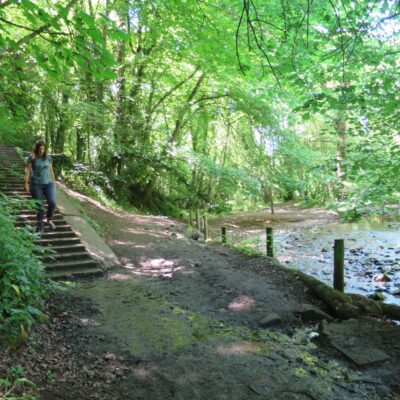 Blog number 4 in our series was posted on December 2nd and dealt with community values. 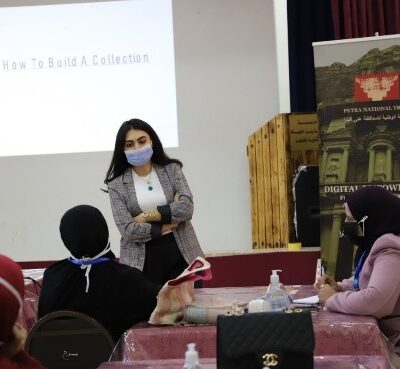 The fifth post was released on December 15th and focused on engagement of the local community at Petra, one of our original case studies. 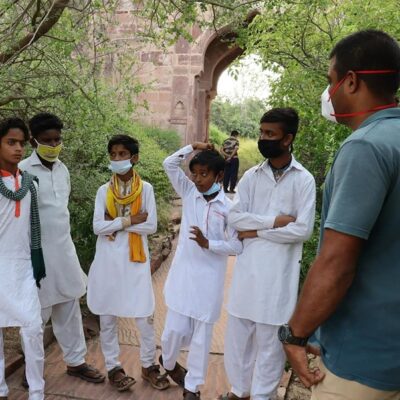 We wrapped up our survey with a March 15th post that returned to Mehrangarh Fort in Jodhpur.

Short summaries of the six posts

We began our survey with an August 9, 2021 post that considered the work by Heritage New Zealand Pouhere Taonga to save and conserve indigenous sites

Many INTO members work with indigenous heritage in post-colonial societies.  Heritage New Zealand Pouhere Taonga is named to reflect the country’s multicultural history. “Pouhere Taonga” means “the treasures that bind” in the most positive sense – those treasures that bring us together. The organisation is leading the field in looking after, and thinking about a shared, bicultural heritage. Pam Bain, Director Regional Services, Heritage New Zealand Pouhere Taonga noted that, “Understanding the history of New Zealand and how it has shaped our identity as a people and as a country is essential to going forward without repeating the issues of the past.”

Cillian had worked with the National Trust for England, Wales, and Northern Ireland as an engagement consultant at the Giant’s Causeway, one of our five case studies and one of Northern Ireland’s most heavily visited sites. We wanted to dive deeper into how he connected with those in the surrounding area to bring them closer to the work at the Giant’s Causeway. In a wide-ranging conversation, Cillian focused on the fact that deep, authentic, and lasting engagement with the local community is critical to building long-term trust. In addition to seven key learnings for best practice in community engagement, Cillian offered the insight that organisations need to “bring the community in early and ask what they want to include in the work to be done. Really listen to find out their issues up front before your plan is set in stone.”

Social media was the focus of the third blog in the series, posted on October 22nd

INTO members use social media to publicise events and tours, push advocacy campaigns, and pass news and information along to supporters. But as we saw in Putting the Local into Global Heritage, social media can also be used to engage those most affected by the work of National Trusts ― the communities surrounding our heritage sites. This post showcased six ways the INTO family are making the most of social media for community engagement. 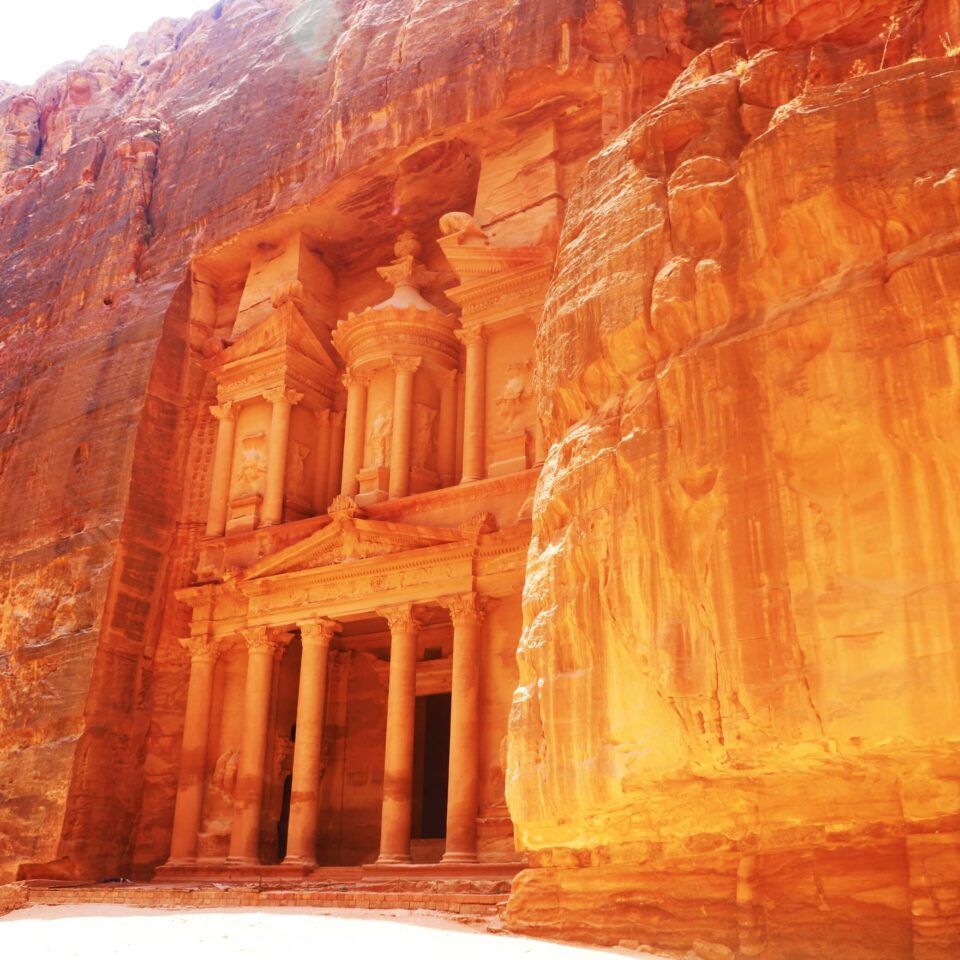 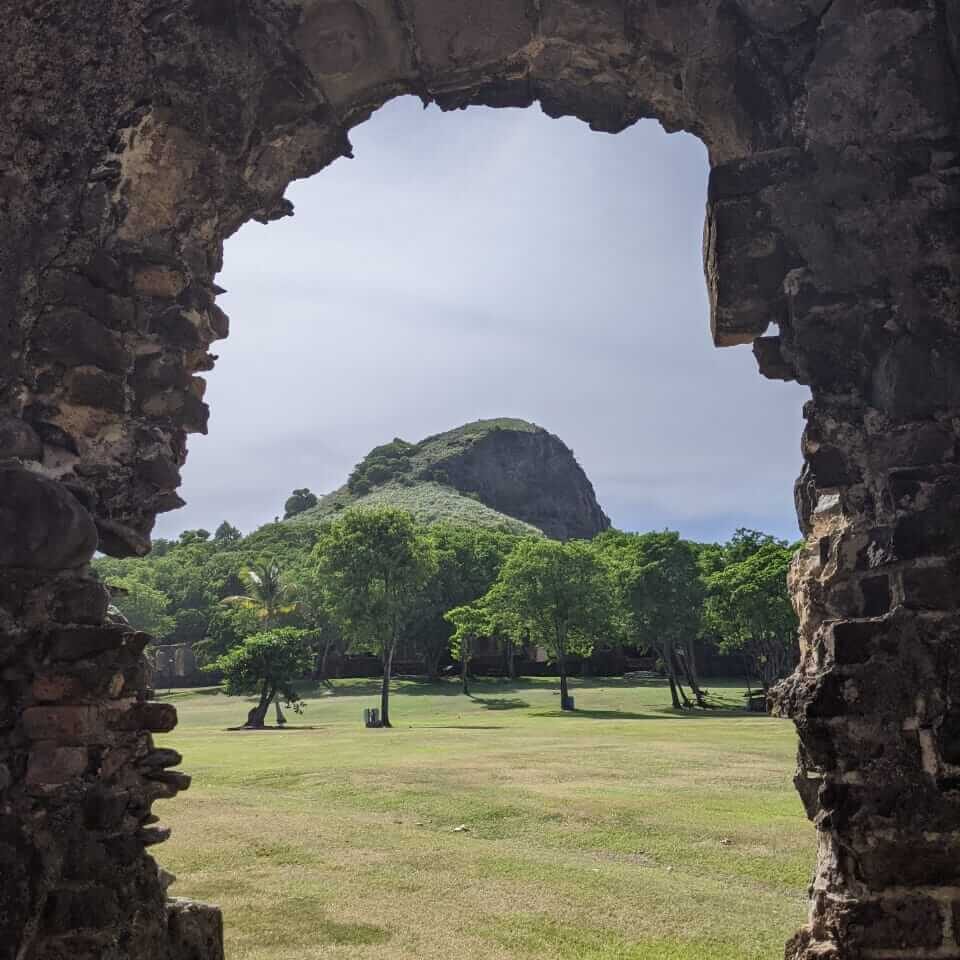 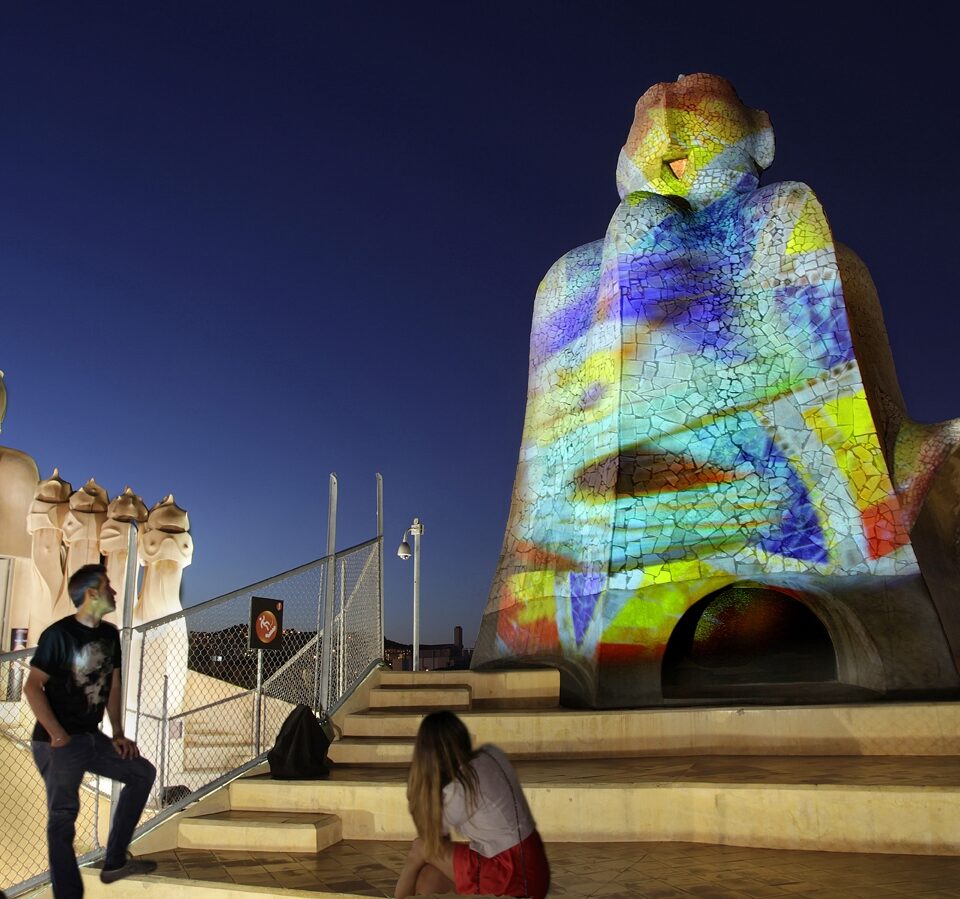 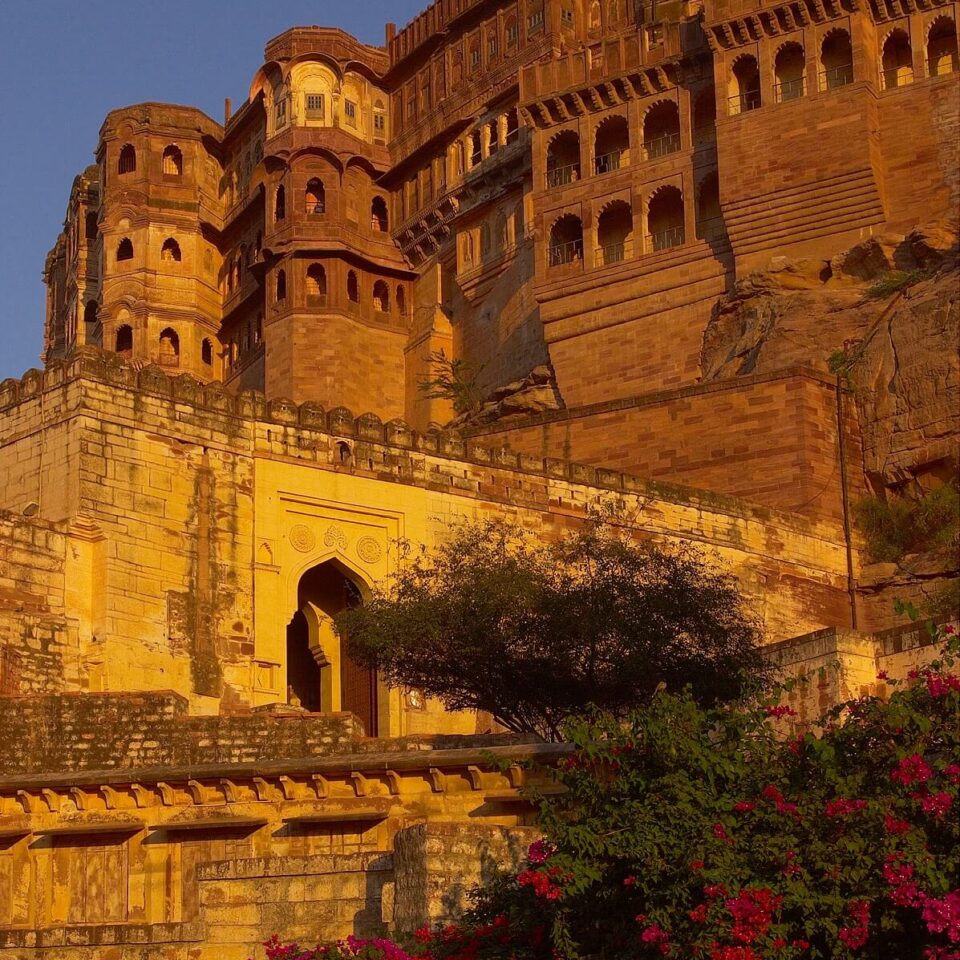 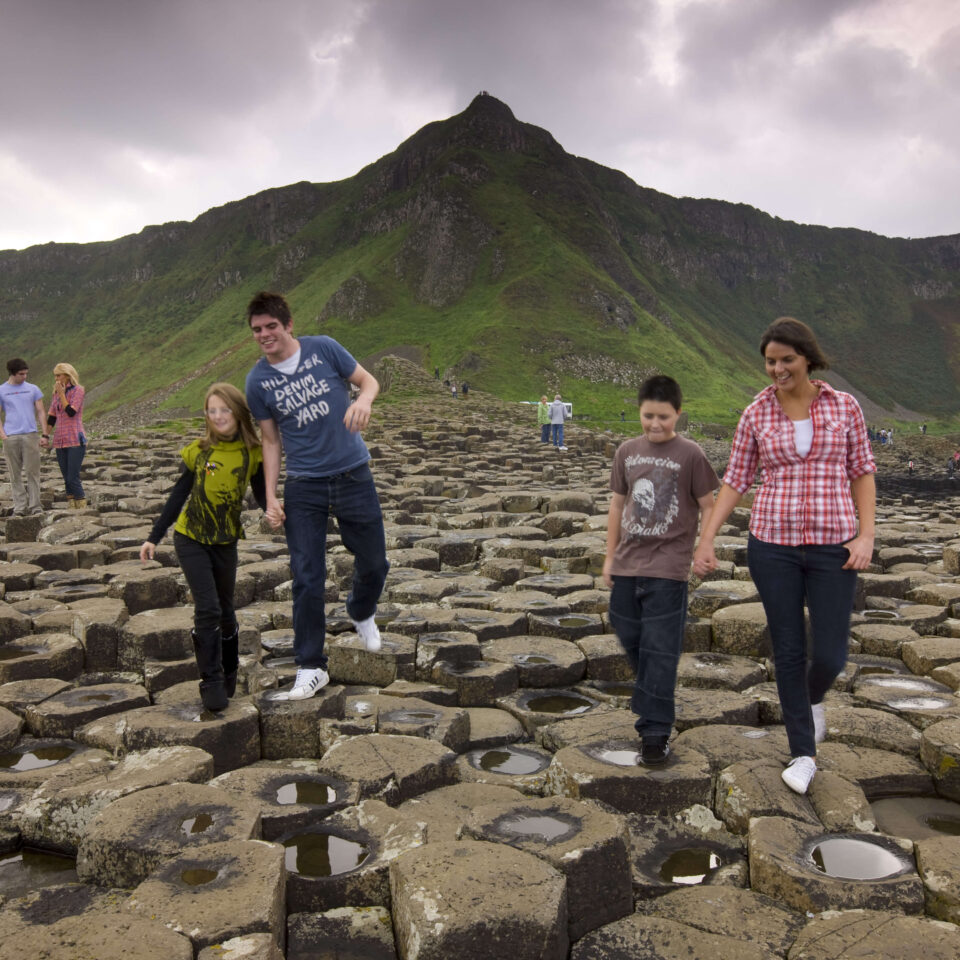 Care and conservation of a World Heritage Site is a massive undertaking even for the most established of National Trusts. The temptation exists to put all of the organisation’s focus and resources into the site, with little concern for nearby areas of local significance and interest.  As we saw in our original study, however, there is much to be gained when heritage and conservation organisations broaden their vision and expand their focus to take in community values. When that happens, the local citizens become engaged and we have the opportunity to uncover hidden gems. That’s exactly what the National Trust of England, Wales, and Northern Ireland discovered at Fountains Abbey and Studley Royal ― the ancient abbey ruins and awe-inspiring water garden in North Yorkshire. Engagement with the local community to help with their conservation needs and mitigate flooding has built bridges of cooperation between the Trust and the local citizens, while also bringing attention and resources to the Ripon Fairy Steps, a hidden gem beloved by the community that is part of the local Hell Wath Nature Preserve.

The fifth post was released on December 15th and focused on engagement of the local community at Petra, one of our original case studies

In the midst of the pandemic, the Petra National Trust was continuing and expanding its local engagement work. Digital training for local cultural heritage associations in Petra focused on building the capacities of local women’s associations and not-for-profit organisations in the Petra region through digital transformation of their businesses and in support of the local handicrafts sector. Another PNT effort at community engagement and empowerment was a weekly programme during Ramadan via the online platform Zoom.  In all, 89 children participated in a programme designed to engage them in online learning activities about cultural heritage and to entertain them through storytelling, friendly competitions using the Kahoot gaming platform, and arts and crafts.

In response to changes through the years, our study noted that MMT had worked diligently through its most recent planning efforts to ensure that its core mission prioritized the needs of the local community. Engagement with young people is at the heart of the work of MMT, ensuring that future generations know of the Fort’s history and leadership role in Jodhpur. In our return visit, we found that during 2021 and into 2022, Mehrangarh Museum Trust conducted a series of life skills workshops for children of the Langa community of folk musicians under a special initiative. These workshops ― focused on various elements of life today ― helped place the Fort and its history as part of a continuum of past, present, and future for the next generation of citizens.

We appreciate the assistance of INTO member organisations in sharing their experiences in community engagement with the larger INTO and cultural heritage family. The breadth of this work is wide and only limited by our imaginations. The value of including our neighbours in our work is incalculable.

As INTO Chair Dame Fiona Reynolds, DBE wrote in the report’s foreword, “Some of the world’s most famous heritage sites have re-thought their relationships with the communities around them.” In the process of that reconsideration, their conservation and engagement ambitions have been enriched. “Not only are local people our neighbours,” wrote Fiona at the height of the pandemic, but “at a time of few or no visitors they need even more to become our partners, our collaborators and our friends.”

We are looking forward to the conversations in Dundee and beyond. 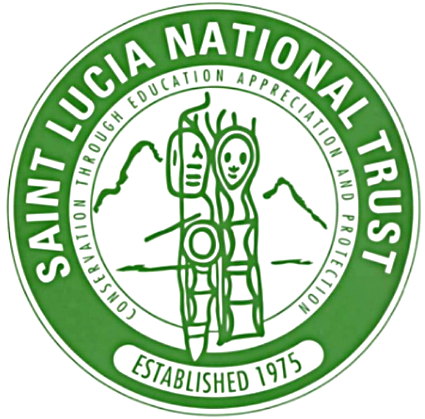 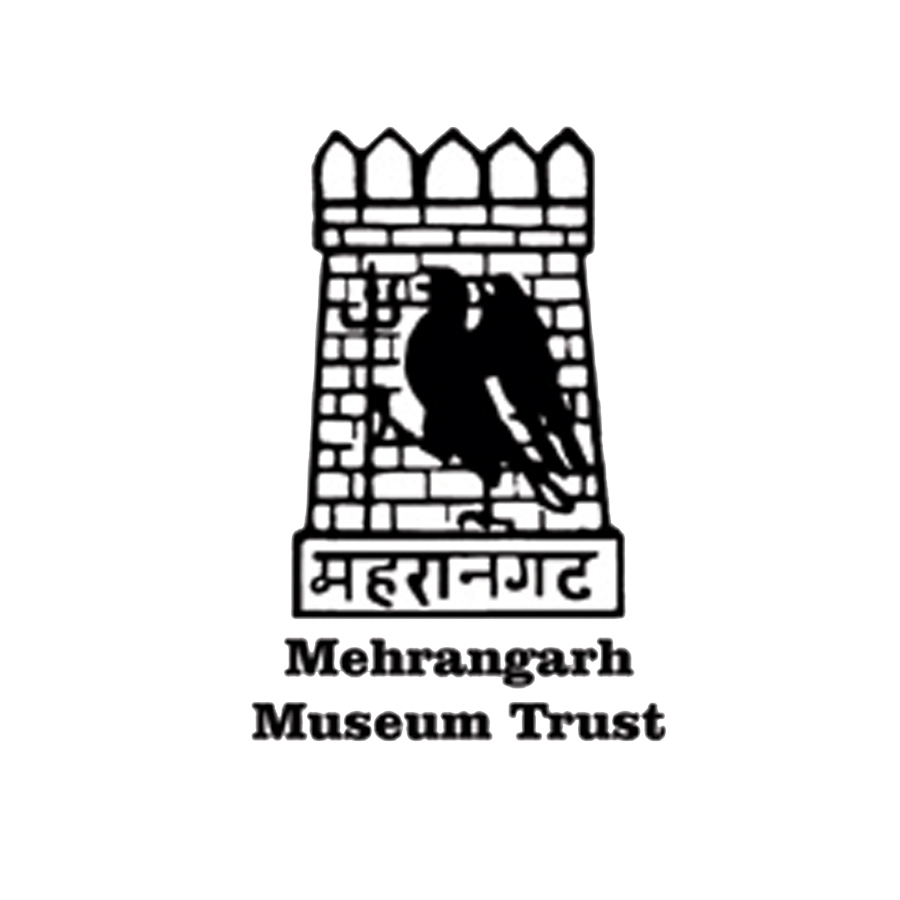 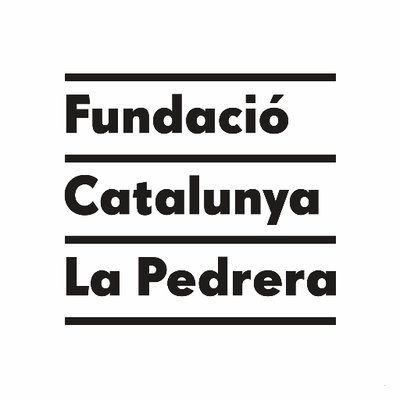 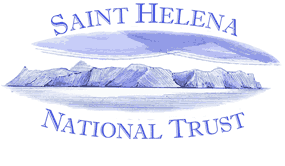