By Catherine Leonard, INTO Secretary-General, with Andrew Bearden Brown, Director of Research at Bearden Brown LLC.

This post, about indigenous heritage, is the first of five which delve into key learnings from Putting the Local into Global Heritage: Balancing conservation, development, tourism, and community interests at the sites of the world’s National Trusts, an INTO study supported by a grant from American Express.

A few weeks ago, I visited our offices in London for the first time since March 2020. Amongst the many letters waiting for us were six copies of the Heritage New Zealand Pouhere Taonga’s members’ magazine.  One of the editions even contained an article about INTO based on an interview with me from last summer! 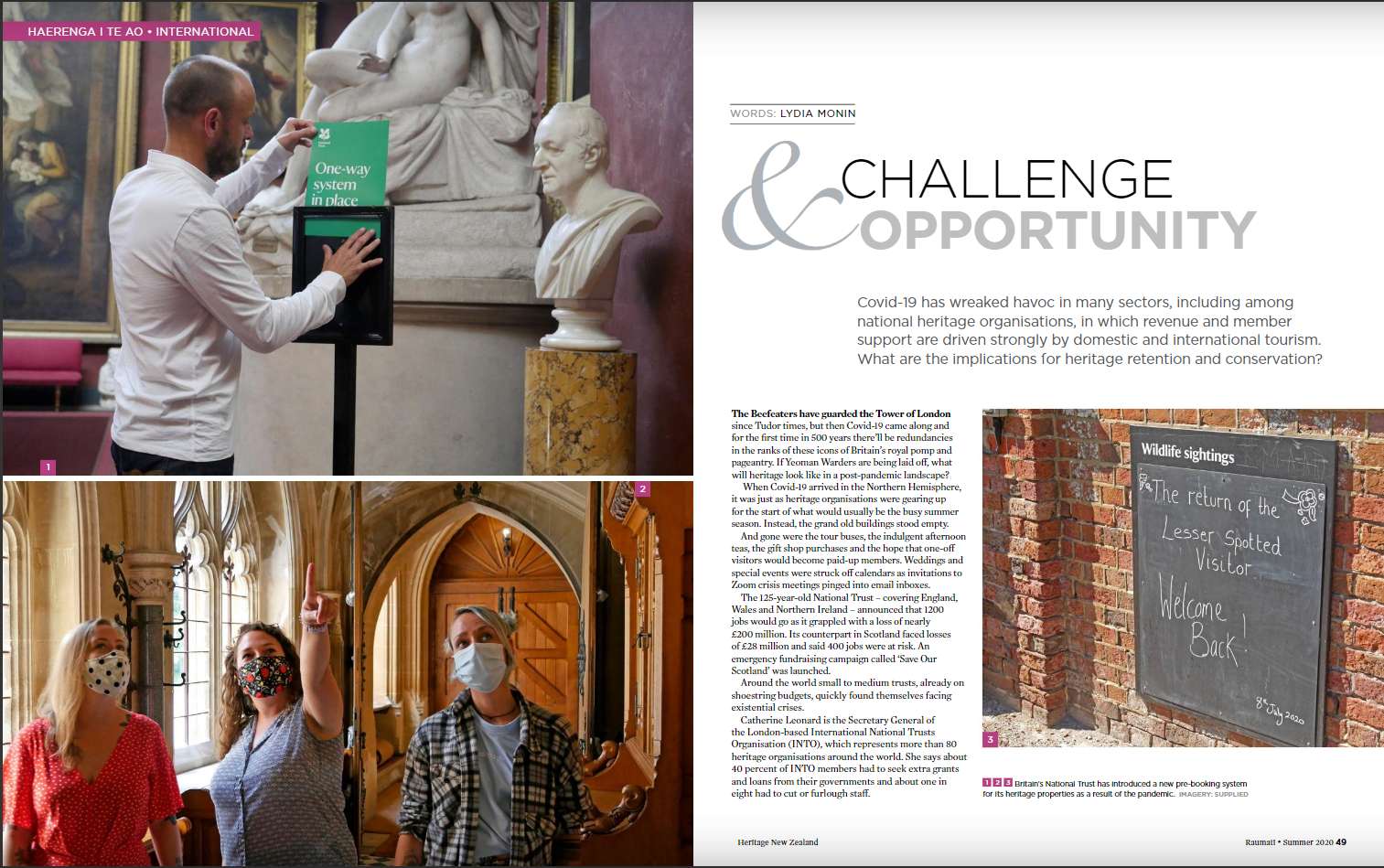 Magazines are something that nearly all our INTO member organisations produce.  And they have many similarities.  Often quarterly, they celebrate place and inspire readers to get involved, to feel part of a community. They inform members about what is going on at the organisation and, like any other magazine, are designed to entertain.  They also encourage visiting and remaining a member of volunteer.  And of course, they generate revenue through advertising.

So, I was excited to be able to look at six consecutive issues of the award-winning ‘Heritage New Zealand’.  And particularly because New Zealand is a country in which heritage is shared by two different cultures. On the one hand, the Māori, the indigenous people of New Zealand, on the other hand the Pākehā, the people of European descent.

The magazine has the usual elements like a letter from the editor, a noticeboard section and ‘Explore the List’ which is a deeper dive into heritage places.  An interesting column is an update on social media posts (a way to encourage readers to also follow online?).  And then there are regularly repeated main features, including: Profile (about an interesting personality); Māori heritage; Community; Domestic Travel and International.

Understanding the history of New Zealand and how it has shaped our identity as a people and as a country is essential to going forward without repeating the issues of the past."

And it is these that really resonate with our work in Putting the Global into Local Heritage.   That research, undertaken by David J. Brown, underlined the importance of a joint vision for heritage, created together with local communities.

In 1840, the Treaty of Waitangi put in place a partnership between Māori and the British Crown. Yet colonisation still had many negative effects on the indigenous population.  They lost their land, succumbed to new diseases, were culturally marginalised and suffered from hegemonic racism.

The partnership was therefore not without significant inequality.  But over recent years there has been a reawakening around biculturalism.  At its most aspirational, ‘bicultural’ establishes an equal cultural footing.  For many years there was little power in Māori hands, but it feels as if some of those historical wrongs are now being righted.  And our INTO member organsiation Heritage New Zealand Pouhere Taonga is playing its part.

“Our organisation is dually named Heritage New Zealand Pouhere Taonga, and ‘Pouhere Taonga’ means ‘the treasures that bind’ in the most positive sense – those treasures that bring us together,” writes Claire Craig, Deputy Chief Executive.  “We express our organisational purpose via a whakataukī (proverb) as follows: Tairangahia a tua whakarere; Tātakihia ngā reanga o āmuri ake nei – Honouring the past; Inspiring the future.” 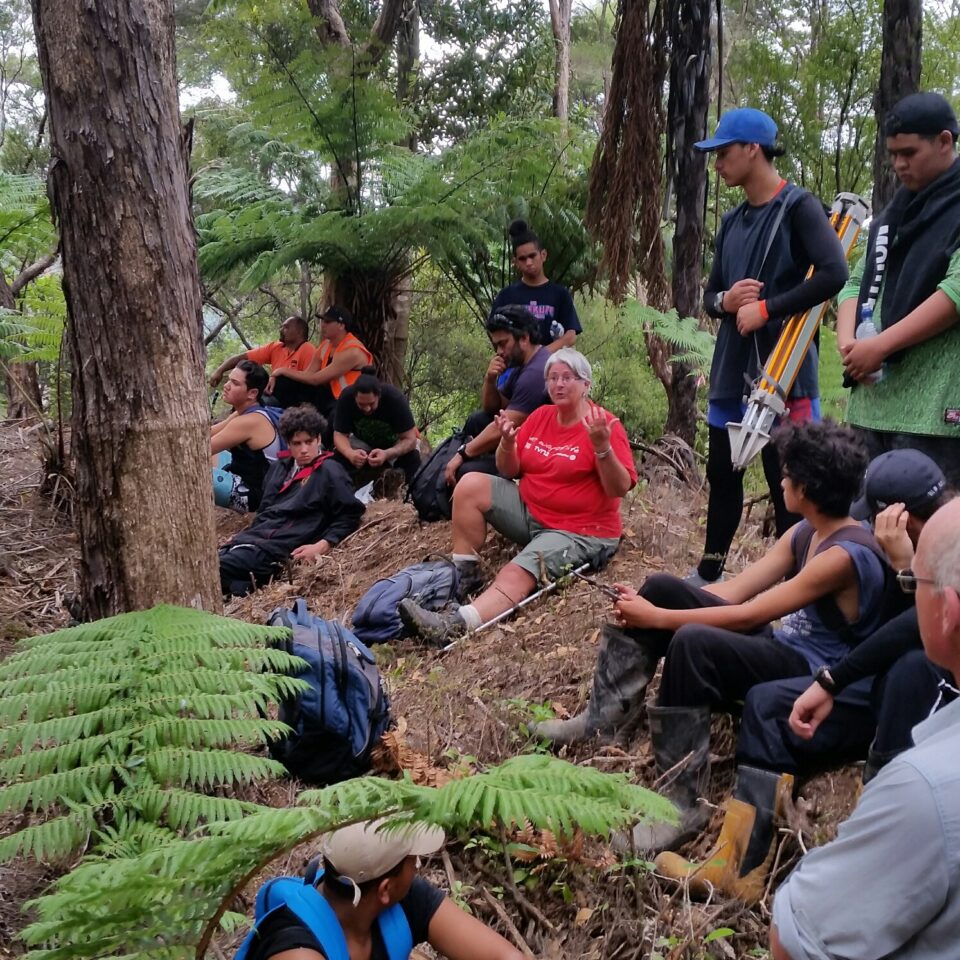 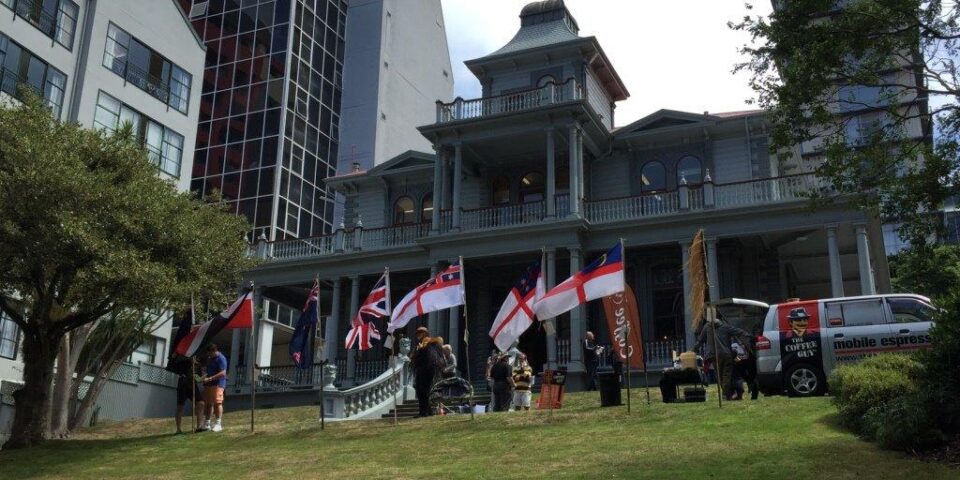 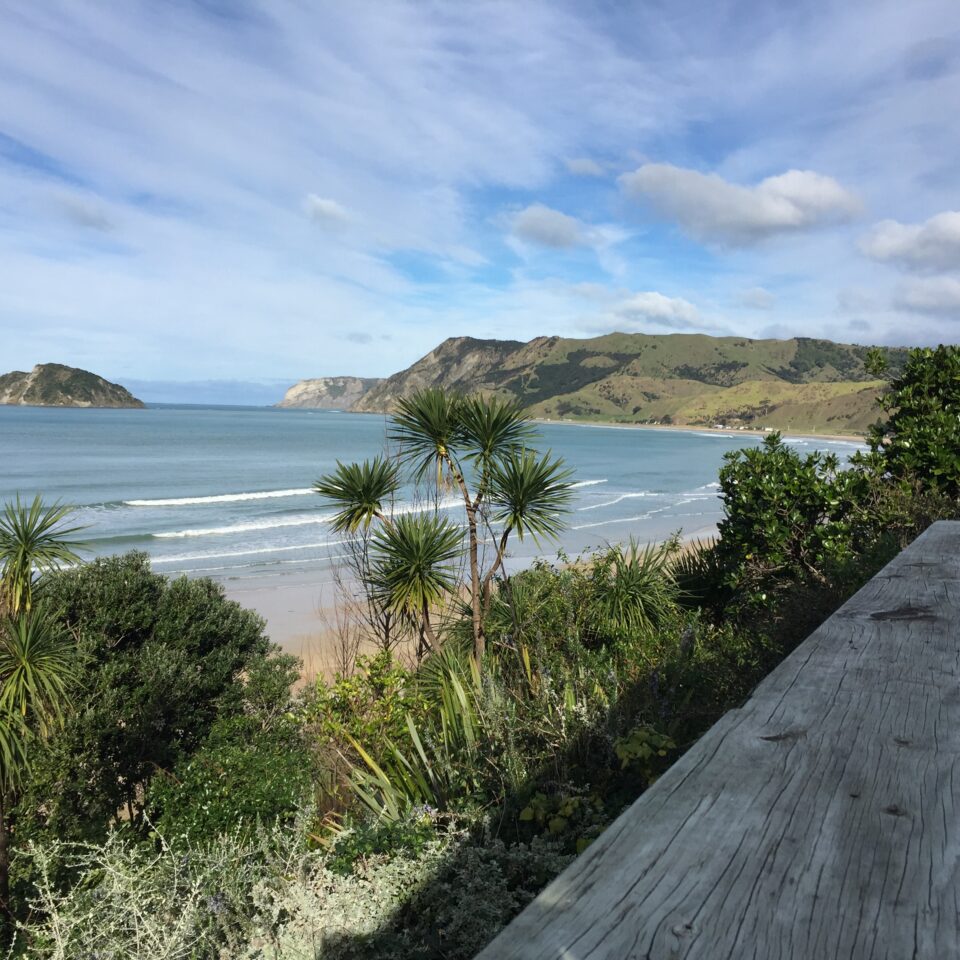 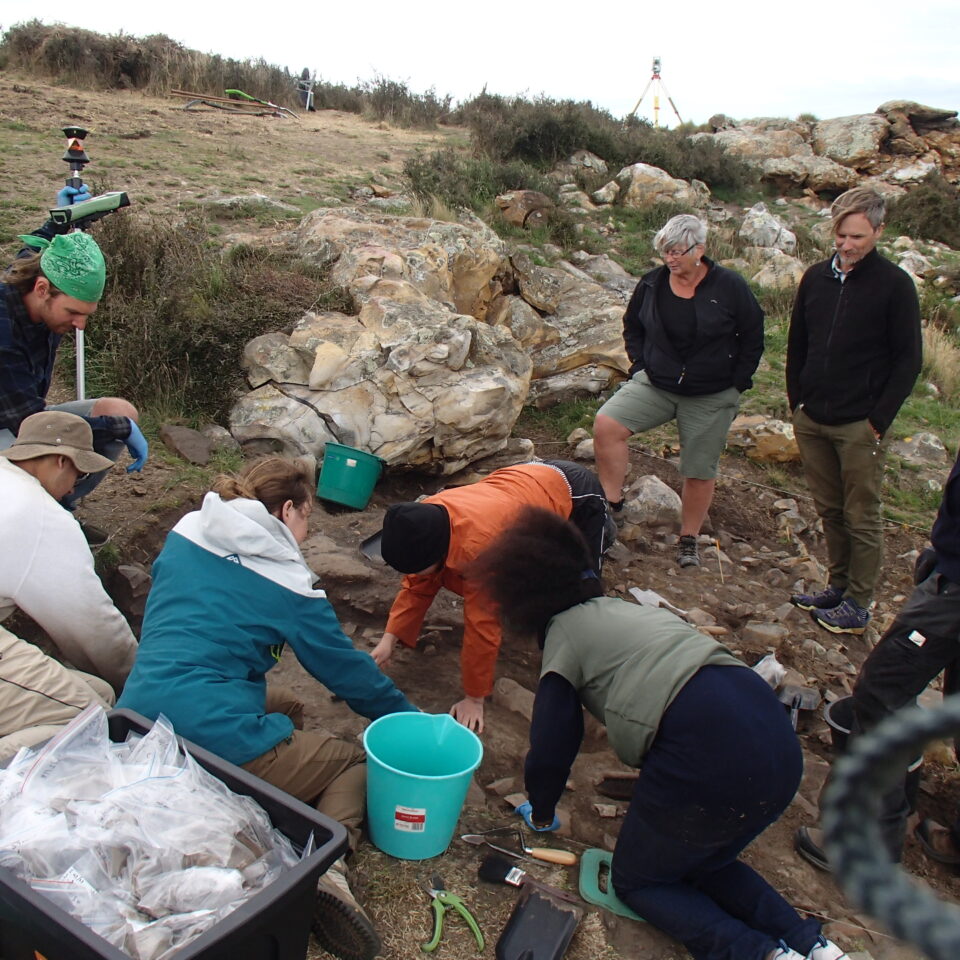 Many INTO members work with indigenous heritage in post-colonial societies.  And Heritage New Zealand Pouhere Taonga is leading the field in looking after, and thinking about a shared, bicultural heritage.

The first talks about collaboration between landowners, a forestry company, Heritage New Zealand Pouhere Taonga, archaeologists and iwi (Māori people or nation), through which a significant Māori heritage site has been restored.

One of the activities was to fell a strand of pine trees, originally planted to stabilise land adjacent to the site, but since found to be heavily impacting the archaeology of the site.  It is an example of tribal representatives expressing concern for an ancestral site, and an ensuing collaborative process funded by private parties.  It also shows a forestry company creating a problem and then deciding to address it, working with private landowners and a national heritage organisation.

The second describes the outcomes of a day-long wānanga (forum) in which three women local to Te Tai Tokerau (a Northern Māori electorate) took part in trainings to develop understanding and skills in archaeology. The result was a survey of Whare Rā Pā (a fortified hillside settlement), part of a wider project to identify and protect sites of significance to Māori, with the eventual hope of Council scheduling.

When I heard that Heritage New Zealand was offering the opportunity to gain field experience in archaeology within the Te Tai Tokerau rohe (territory or boundaries of iwi), I leapt at the opportunity to become involved. Hands-on learning in the field is a great way to learn and understand the disciplines of archaeology.

The importance of language

As I read through the editions of Heritage New Zealand, I was struck by how the organisation has embraced the country’s biculturalism.  Earlier issues include glossaries translating Māori words – in later ones these are much reduced, as they become more widely understood.  As a linguist myself, I recognise the power of words.  By embracing and mainstreaming Māori expressions, Heritage New Zealand Pouhere Taonga both stands in solidarity with Māori communities, whilst at the same time encouraging staff and supporters in their Te Reo Māori journey (learning to speak Māori).

We can all learn from Heritage New Zealand Pouhere Taonga’s experience. How we, as individuals, communities and organisations can ensure that we embrace everyone’s heritage. In all its diversity. It’s something we all need to work at. But with empathy and humility we can ensure that our core mission continues to prioritise the involvement of indigenous peoples and local communities.

Tapuwae: A Vision for Places of Māori Heritage

Guidelines for Interpretation of Aboriginal Heritage

This National Trust of Western Australia document provides guidelines to ensure the respect, acknowledgment and ownership of Aboriginal place and story unfolds in a respectful and sensitive way for a variety of audiences

Read the National Trust of Australia (Victoria)'s vision for Aboriginal and Torres Strait Islander cultures and heritage, which seeks to ensure indigenous heritage values are incorporated into the organisation's programmes, projects and places 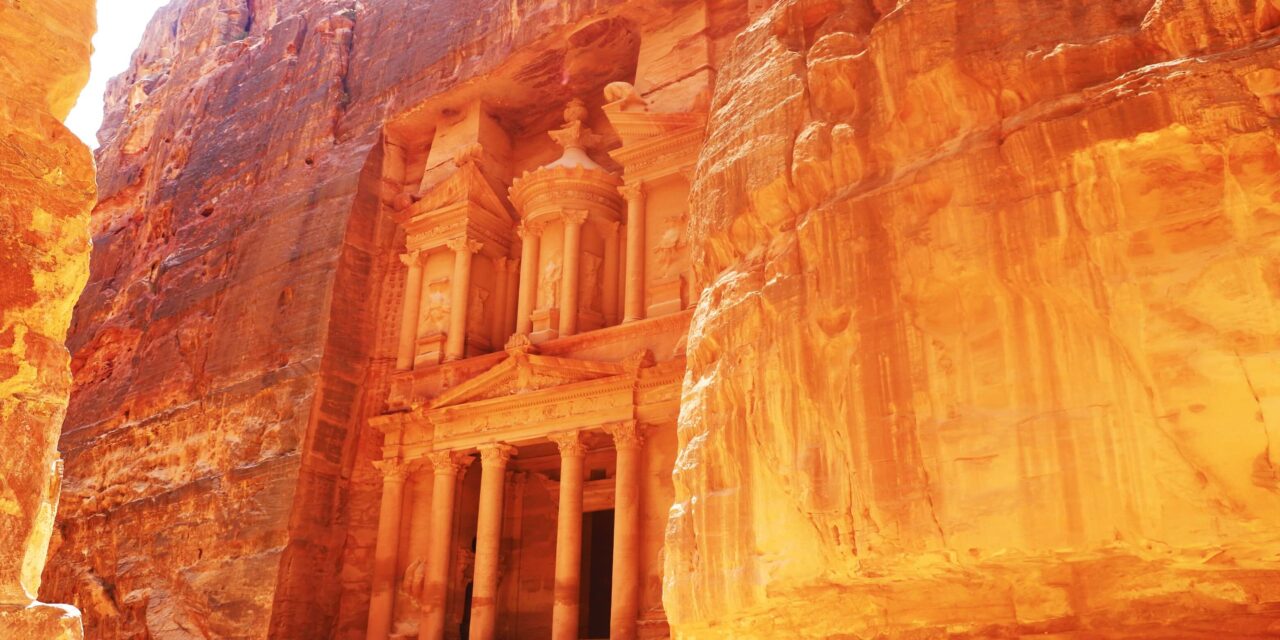 Putting the Global into Local Heritage

Our 2020 Report shows how INTO members have re-thought relationships with communities around their sites, and how conservation and engagement ambitions have been enriched by that process.