In this blog we bring you updates from our partnership project with the Cross-Cultural Foundation of Uganda and the National Trust of England Wales & Northern Ireland.

The impacts of the climate crisis are changing the landscape of western Uganda. With funding from the British Council’s Cultural Protection Fund, Melting Snow and Rivers in Flood looks to preserve and protect the heritage impacted by climate change of two communities defined by this region’s rich environment.

Building a tangible record of the intangible cultural heritage

The Rwenzori Mountains World Heritage site is home to some of Africa’s last remaining glaciers, central to the traditional belief systems of Uganda’s Bakonzo community. The cosmology of the Bakonzo places the creator, Nyamuhanga at its heart. Father of all deities, he placed the snow atop the mountains. Kithasamba, the god of continuity of life, dwells in the peaks of the Rwenzori – his sperm crystallised in the ice of the glaciers. With the annual snowmelt, this fertile energy is carried down the mountain to Bakonzo heritage sites in Rwenzori valleys.

But these belief systems are threatened by climate change, as climate scientists indicate that these tropical glaciers will cease to exist within the next ten years. Increased glacial melt, changing weather patterns, and worsening flooding also threaten important water sites throughout the region.

Intangible cultural heritage practised here creates a blueprint of meaning for all elements of Bakonzo life. Waterfalls are the grounds for rites of conflict resolution, hot springs for physical and spiritual healing, whilst river confluences act as sites of consultation with the spirits in times of crisis. 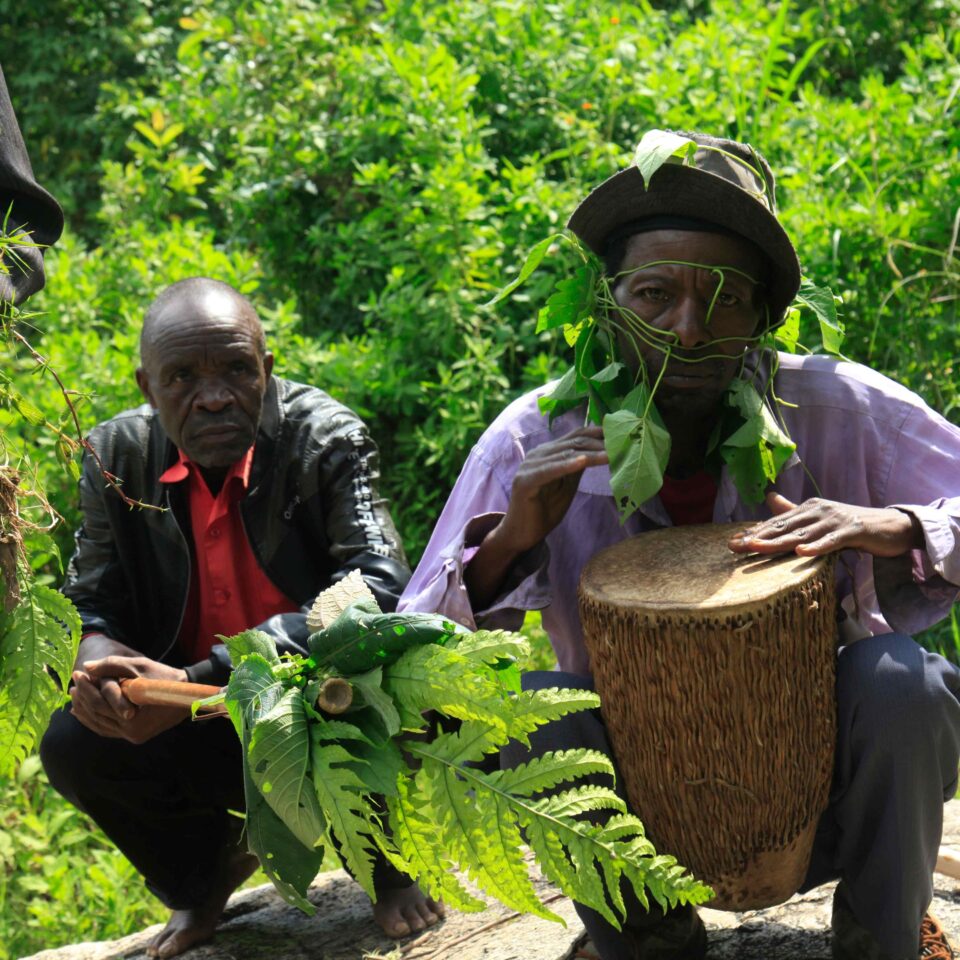 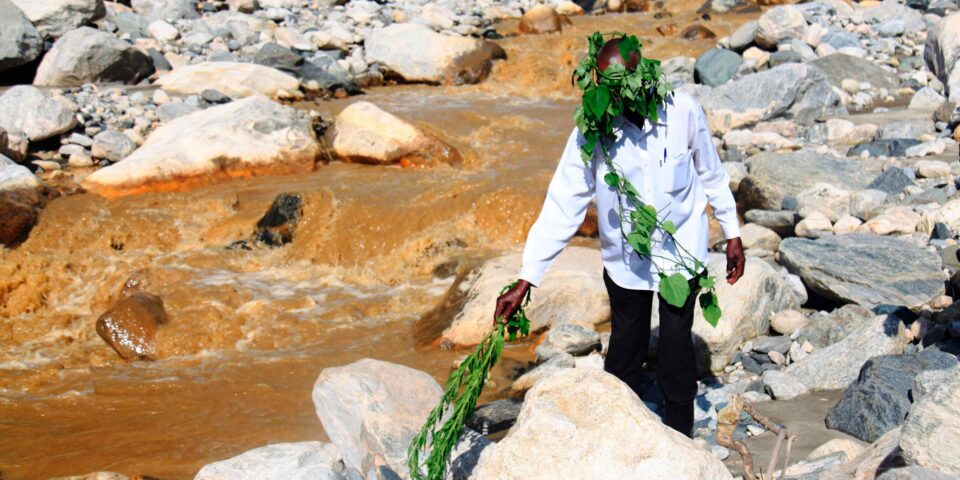 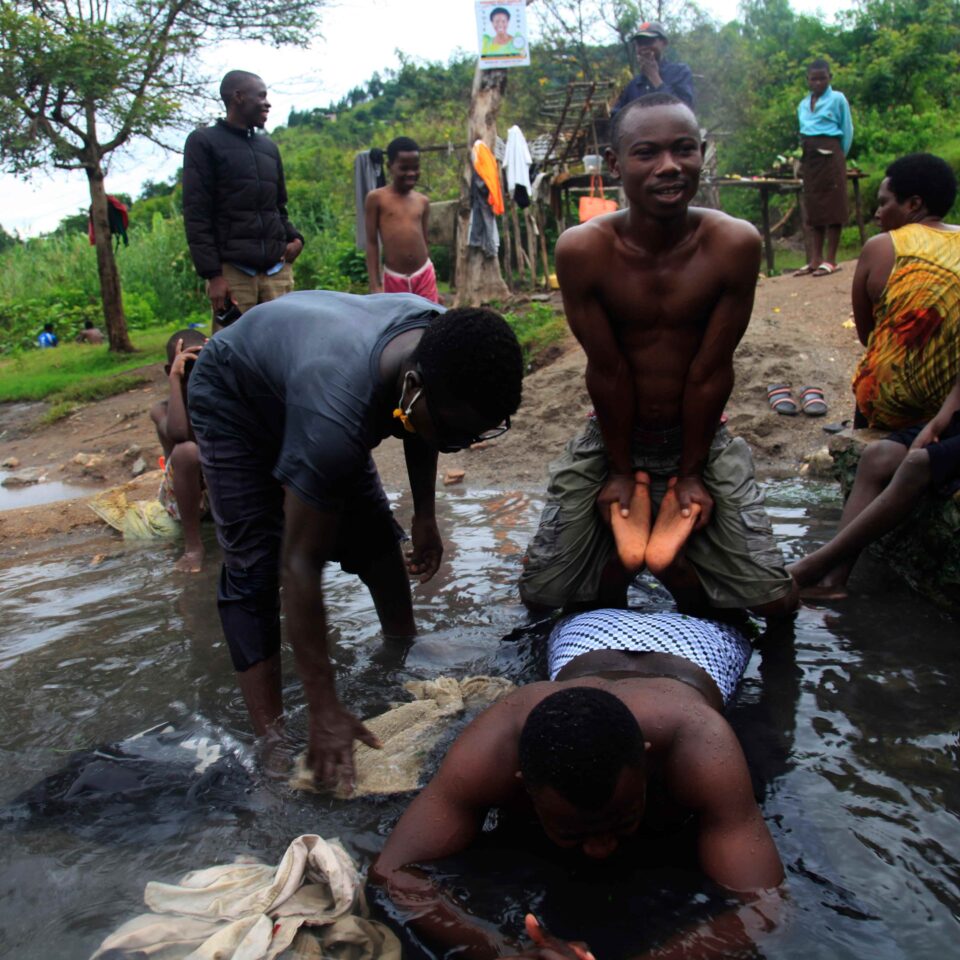 Community dialogues have brought together leaders across four mountain ridges, identifying ten sites vulnerable to flooding. Trained in documentation of intangible heritage through the project, CCFU staff have worked with communities on the ground to document cultural rites. This permanent record of Bakonzo cultural expression, inscribed in the Ugandan inventory of intangible cultural heritage, will safeguard against the rapidly approaching time when the snows are gone.

The Alur site of Wang Lei, on the banks of the Nile, is also the focus of project works to protect climate-threatened heritage.

Wang Lei is the origin site for millions of Luo people in Uganda and across the region. It is venerated as the place where the brothers Nyipir and Nyabongo parted ways, a schism that led to the formation of the Alur, Acholi and other ethnic groups. For Africans of Luo heritage, Wang Lei acts as a pilgrimage ground for those wishing to interact with their ancestral history.

The site battles annual flooding and rising water levels, due to its location on the bank of the Nile. 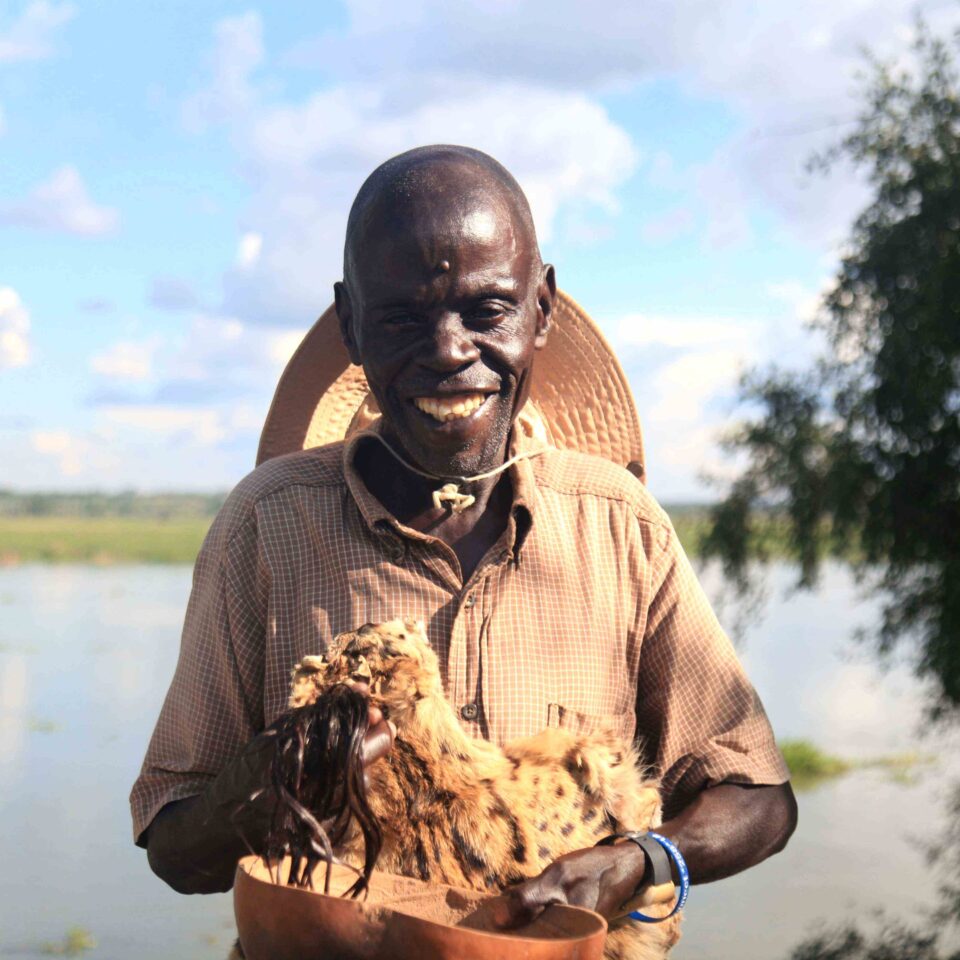 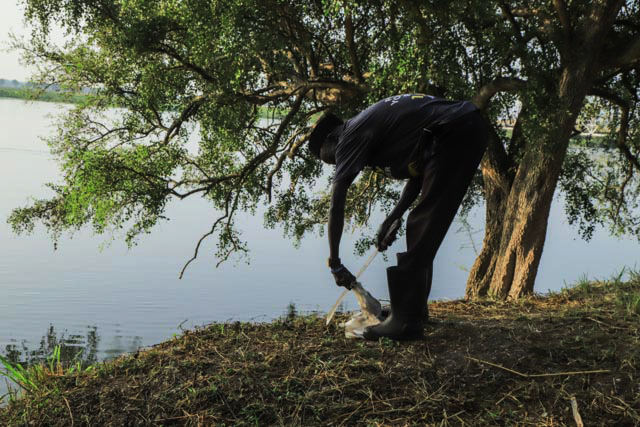 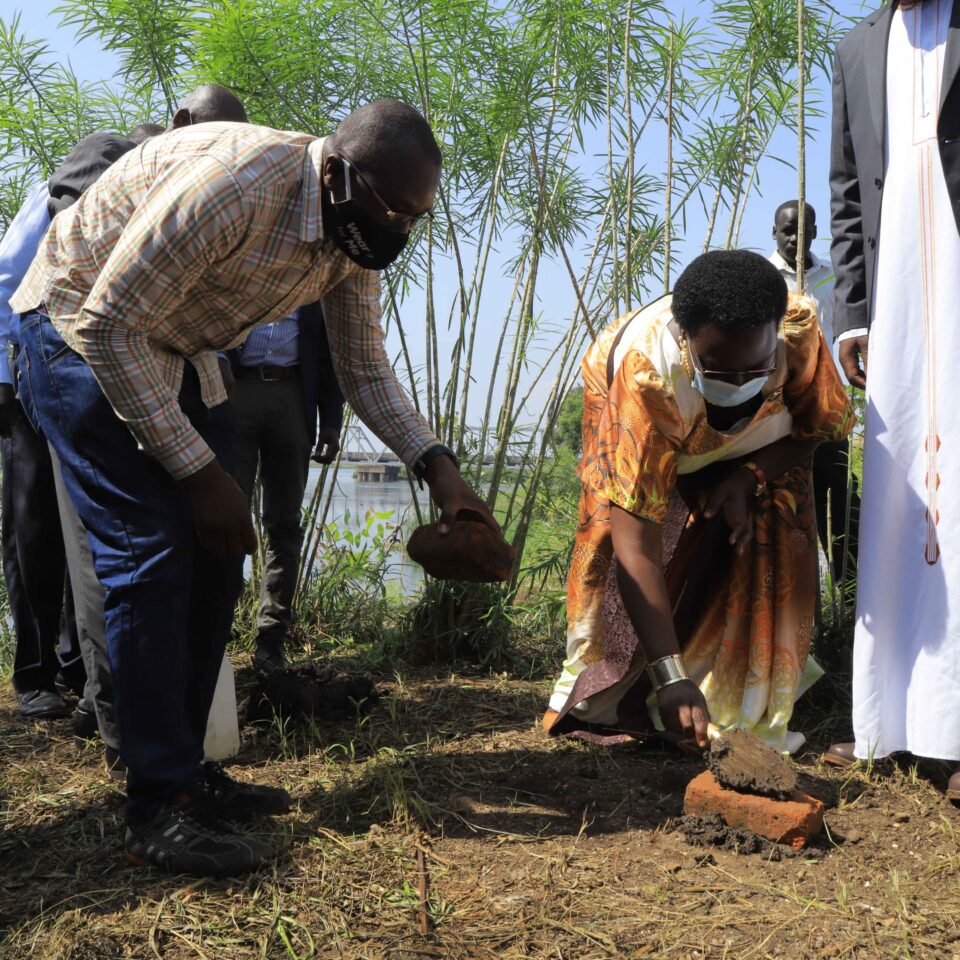 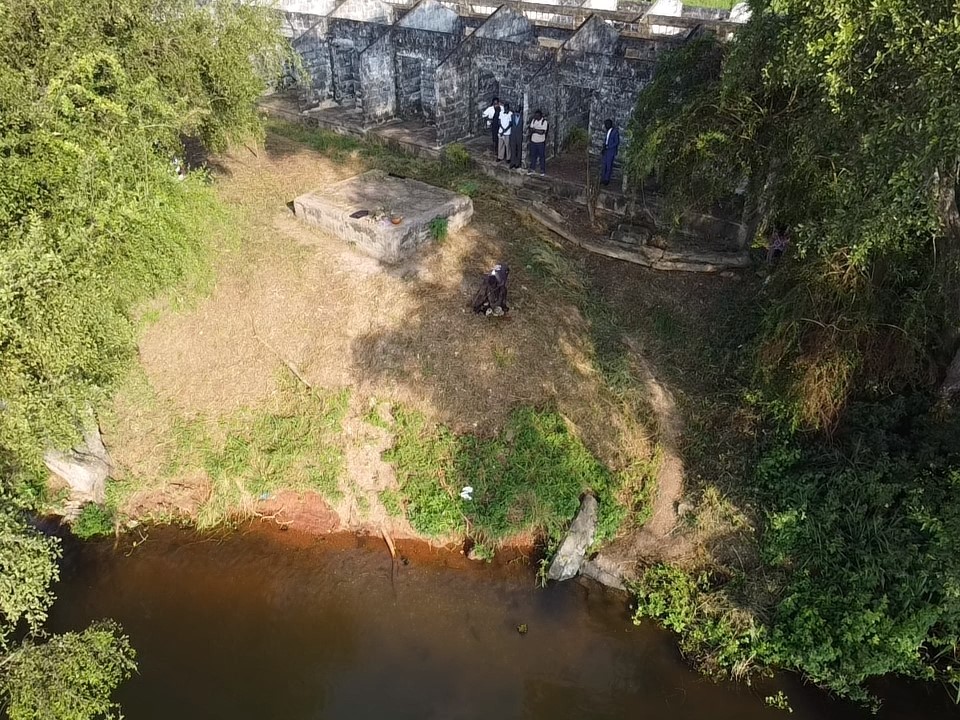 The High Priest at Wang Lei performs a ground breaking ceremony to bless the planned works at Wang Lei with representation from the Alur and Acholi community. Acholi State Minister for Northern Uganda said the event marked a 'new chapter' in the recognition of Luo shared heritage.

Project staff have brought together the Alur and Acholi community in cross-ethnic dialogues to help address the site’s needs. Awareness raising activity has seen a reawakening for both communities about the significance of their heritage, and rallied communities together in support of its protection.

Works have also begun to build resilience to further climate shocks through the construction of a 40-metre flood barrier. Newly improved interpretation at the site has also given visibility to the cultural value of Wang Lei. Tree planting to combat soil erosion will take place later this month.

Harnessing the international nature of the threat climate change poses to heritage, this project has also facilitated a digital learning exchange between our two partner trusts. Through interactive workshops, CCFU and the National Trust have already exchanged approaches to community engagement. A workshop in natural flood management in the coming weeks will link flood management work in Uganda with the National Trust’s Riverlands project in the UK, where an ambitious project to protect the Skell Valley in Yorkshire launches this March. 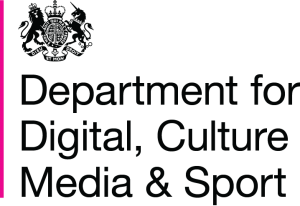 This project is supported the British Council’s Cultural Protection Fund, in partnership with the Department for Digital, Culture, Media and Sport, which supports projects which protect cultural heritage at risk due to conflict or climate change, mainly in the Middle East and parts of North and East Africa.

Learn more about the INTO members involved in the project

More from INTO Projects 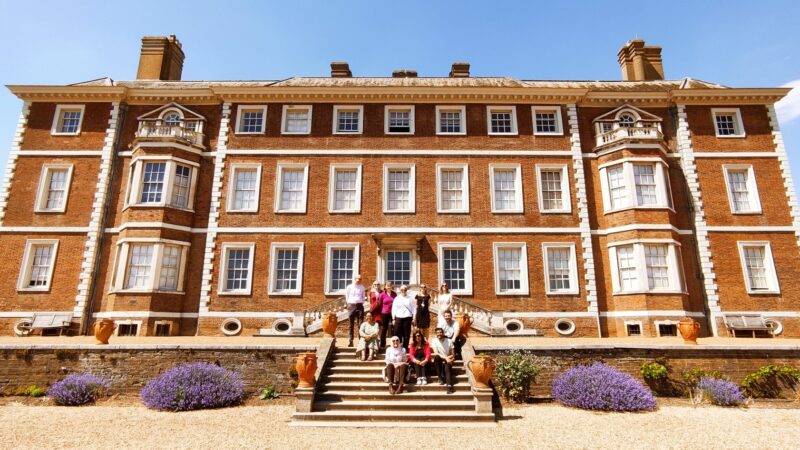 Capacity Building for the National Trust Ideal: A grant from the Helen Hamlyn Trust